Idyllic Cocoa Beach Florida: A Blast from the Past 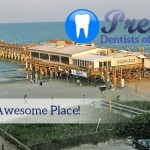 The idyllic and pristine beaches of Cocoa Beach Florida is not without a storied past. With a unique geography that is bordered by the mighty Atlantic in the east and the majestic Banana River to the west, it is a place that is never short of things to do, especially those related to water activities. Its northern borders with Cape Canaveral is historic in its own right, further adding to the mystique of this quaint yet bustling little city of roughly 12,000 residents and close to 7,000 households.

Did you know that the city was formerly known as Oceanus in the 18th century? Native Americans first settled in the area and were subsequently followed by the emancipated slaves of the American Civil War. The entire tract of land was bought by a group of men from Cocoa in 1888. Because the land was never developed, it was bought by one of the men, Gus Edwards, and started developing it in 1923. Two years later Cocoa Beach was finally incorporated into a town with Edwards as its first ever mayor.

Did you also know that a German U-boat, the U-109, hit both the La Paz and the SS Laertes with torpedoes, one day apart, sinking the latter and heavily damaging the former, just off the coast of Cocoa Beach Florida in May of 1942? The two incidents prompted the town, upon prodding from the federal government, to institute a total blackout to protect passing merchant marine and military ships against future German submarine attacks.

Many Americans do not know that there was only a lone law enforcement officer for the entire town in 1947. He was remunerated for a dollar per hour. Also the city is very strict about its speed limits which can range from 20 miles per hour on city streets to 35 miles per hour on highways. Do not even think about going even a fraction over the speed limit because the city is infamous for speed traps. In 2014 alone, the city government grossed more than a million dollars from over 9,000 cases of running the red lights.

At the height of NASA’s Apollo lunar missions, majority of Cocoa Beach’s residents were either directly working at the John F. Kennedy Space Center at Cape Canaveral or indirectly employed in one of the third party business establishments catering to the employees of the Space Center. Although the area did suffer a 14.3% unemployment rate with the closure of the Apollo missions, the entry of the Space Shuttle program has ushered in a new flux of workers.

A good number of Cocoa Beach houses stand on dredged sand and mud from the Banana River to the west. Historically, the terrible hurricane of 1885 literally pushed the waters of the Atlantic over Cocoa Beach and dumped it into the Banana River in a violent storm surge. The fateful event gave way to what are now the Thousand Islands, a popular destination among thrill seekers and adventurers.

There is a lot to learn from this beautiful place. With a truly unique landscape and an equally interesting past, there is much more to Cocoa Beach Florida than just beaches and Space Centers.

0 thoughts on “Idyllic Cocoa Beach Florida: A Blast from the Past”